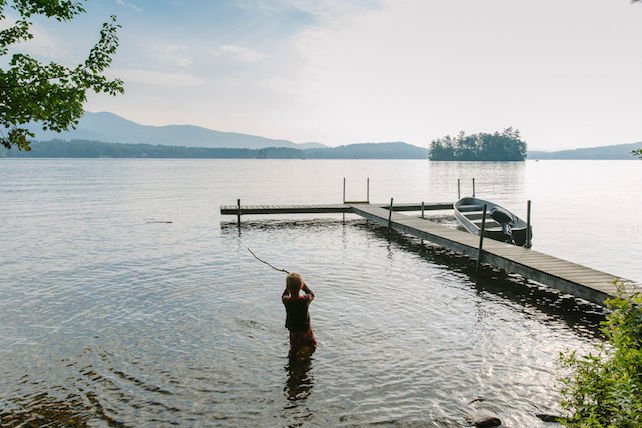 Digital Marketing for a Tourism DMO: The Test and the Tweak

The key to effective digital campaigns is found in the continual testing and tweaking of each segment of each campaign. Read on to see how testing in an actual campaign worked.

An example of digital marketing for a tourism DMO

A perfect example of the importance of testing lies in the work VONT did with a large New England DMO and DMO’s agency. Over a period of five years, campaigns using Google AdWords, Bing, and Facebook increased the DMO’s visibility dramatically.

Before the digital campaign began, print and some digital media were the primary driving forces behind the desired conversion action of increasing printed guidebook requests. The advantage of an increased digital media presence is that it provides the capability to target specific geographical areas, interests, and a whole host of other criteria at a lesser cost. Consequently, you reach the people who are more likely to want to hear from you.

Another advantage of digital media lies in the power of the analytics it provides. By constantly monitoring how campaigns, targets, keywords, etc. perform, you can chart a course to continually improve performance.

Initially, the Client wanted visibility for any keyword related to it — be it available activity, destination, or event. At the same time, the initial conversion action was to drive requests for a printed guidebook.

Through testing of the keywords, however, VONT’s  Pay Per Click (PPC) team discovered that when it came to people taking action, the top performing keywords centered on the more generic terms such as ‘DMO market tourism’ or ‘travel to DMO region’.

Realizing they had to find a balance between visibility and the goal of driving conversion, the campaigns were split with the more tourism-oriented keywords driving the conversion, and the more specific keywords creating visibility.

As a result of the split, cost per conversion decreased from $58.00 with a 2.5% conversion rate to $9.30 and an 8.7% conversion rate. Requests to receive the guidebook, view the e-guide, and subscribe to the newsletter increased over 8 times in the first months.

In order to cover the different ways AdWords could match a keyword search, the PPC team created keyword sets that would perform in each type of search. When AdWords added the (then) new Broad Match Modifier, which allowed for slight variations in keyword search, it was used to increase the relevance of search queries so the most qualified visitors were targeted more heavily.

But over time and through continual testing, it was found that BMM had become irrelevant as other AdWords match types improved. When it no longer performed, VONT stopped using it.

The PPC team’s goal was to meet or beat previous month numbers, and as time went on the new goal began to outpace previous year numbers. The upshot was there were times when the division of tourism experienced a triple conversion rate increase over previous year results with comparable or lower media spend.

Because of the heavy focus on driving conversions and lowering CPC, VONT’s PPC team used what is known as ‘dayparting’ to adjust bids by time of day. Specifically, the team used Google AdWords analytics to see how keywords performed over the course of the day. Using that information, they could then adjust bids.

For example, suppose 2:00-4:00 pm never performed, but 7:00-10:00 am did. Bids for the afternoon ads would be decreased or shut down completely, and the money saved would be used to increase bids for the higher performing morning slot.

Likewise, it was discovered that Bing ads performed well during peak season from June through August. As a result, a Bing campaign was added during that time, but shut down during other times of the year when it was not cost effective.

In this way, resources were continually skewed towards higher converting actions and lower CPCs.

After several years, the team began to notice a change in the performance of the strongest campaign focused on the DMO’s core market. As the campaign matured and saturated, it no longer provided ever-improving results.

In order to keep overall conversion rates high, the team made keyword adjustments in the remaining geo-targeted campaigns. Those campaigns started to convert at a higher rate, and picked up the slack.

The campaign began with a fan benefit component in which fans could receive exclusive resort specials, free meals, discounts, and other offerings available to fans only. Interestingly, when Facebook changed its terminology from “Become a Fan” to “Like”, the performance of the ads declined.

In response, the team began testing targeting people who had liked other New England state pages. They also began to target different people who listed the DMO’s market or an activity in their profile; the thought being that those already connected in some way to the area served by the DMO would be more inclined to like the DMO page.

The fan benefit incentive was eventually dropped. As a result, Facebook ads became more generic and activity focused.  Images from the DMO depicting outdoor recreation were used in the new ads, and different images were continually tested.

In short, the campaign tied the DMO’s features to something their target audience already liked. Because target audiences became smaller as they became more focused, ad fatigue was a consideration.  Ads were rested for a period of time and then renewed at a later date to maintain their effectiveness.

Testing a variety of options

Facebook Partner category offerings
Facebook partners with third party data providers such as Datalogix, Acxiom, and Epsilon increased targeting capabilities. Campaigns for people with activity around traveling were tested, but found to be more expensive and less successful than the campaigns centered on interest targeting.

Target audience and seasonal ad placements
Interestingly, females were more likely to like the page overall, but in winter males were more likely to respond to ads featuring winter activities, so they were targeted accordingly. When Facebook offered the choice of ad location (Newsfeed, right hand, desktop, or mobile), each choice was tested to varying degrees of success.

Testing and tweaking reaped benefits
At the outset of the campaign the page had less than 5,000 fans. As of June 2015, growth was about 51 times higher.

The importance of continual testing and tweaking of campaigns is what ultimately makes a campaign successful. At no point can a campaign rest on its laurels, because the dynamic and tools of the digital world continually change – and therefore continually affect a campaign. What works one month may stop working the next. What doesn’t work one year may be just what is needed the next. The answer lies in making ongoing testing the constant.

Learn about what digital success means for you.